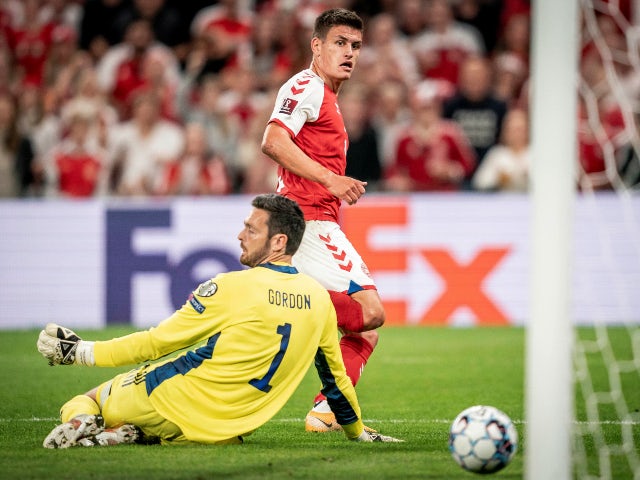 On 4 September 2021, a match will take place within the qualifying stage of the FIFA World Cup between the national teams of the Faroe Islands and Denmark. The Scandinavian national team leads the group table and confidently holds its positions, not yielding points to outsiders. The Faroe Islands predictably flounder at the bottom of the standings.

Having made a prediction for the match Faroe Islands – Denmark, we have identified the favorite of the upcoming match.

The national team of the Faroes confidently occupies the penultimate line of Group F, scoring only one point in the matchup with Moldova. Nobody expects glorious victories from the team, the only question is how many the team will concede in this matchup. The Faroes have no chances to make it out of the group, so it remains to calmly finish the matches of the qualifying cycle.

The Danish national team is confidently advancing in the qualifying tournament for the World Cup. The team takes first place with 12 points. The Scandinavians have won four games out of four and are 5 points ahead of their nearest rival. For the Danes, this matchup is a great opportunity to strengthen their position on the way to the World Cup.

Before making a prediction for the match Faroe Islands – Denmark, we offer to consider the results of the last games of the teams.

how many will the team concede from the favorite

The national team of the Faroes played with the following opponents:

Major defeats from not the strongest teams do not give any chances to continue the fight in the qualifying stage, but the team has the opportunity to honorably go through the remaining qualifying cycle and try to score points from the leaders of the group.

The national team of Denmark played with the following opponents;

The Scandinavian team leaves no chances for the opponents in this qualifying cycle. The chances of winning this match are very high.

how many will Scandinavians score

After analyzing the latest games, it is possible to make an almost obvious prediction for the matchup of these teams.

The team of the Faroe Islands is at the tail of the standings, concedes a lot, and has only two goals scored. The Danish national team, in turn, scores a lot, holds the defense perfectly. Therefore, in this match we give preference to the Scandinavian team, with great confidence we can say that the score will be crushing.