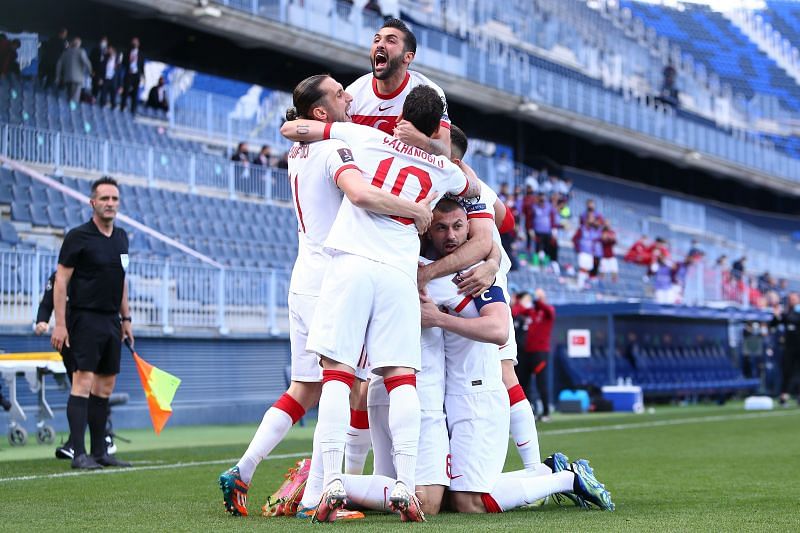 On 4 September 2021, a match will take place within the qualifying stage of the FIFA World Cup between the national teams of Gibraltar and Turkey. The Turkish national team leads the group table, but the Netherlands team is snapping at its heels, so the Turks cannot lose points against such a weak opponent. Gibraltar predictably flounders at the bottom of the standings.

Having made a prediction for the match Gibraltar – Turkey, we have identified the favorite of the upcoming match.

The national team of Gibraltar confidently occupies the last line of Group G. The team has four defeats and 17 conceded goals. Nobody expects glorious victories from the team, the only question is how many the team will concede in this matchup. Gibraltar has no chances to make it out of the group, it remains to calmly finish the matches of the qualifying cycle.

The Turkish national team takes first place in its group with 8 points but followed by the Netherlands, just one point behind. The last two games against Montenegro (2: 2) and Latvia (3: 3) showed that not everything is going smoothly in the game of the Turkish national team. Losing points against such opponents is almost impermissible. The upcoming matchup is a great chance to strengthen their leading position, all the more the opponent is suitable.

Before making a prediction for the match Gibraltar – Turkey, we offer to consider the results of the last games of the teams.

will the team be able to take points from the favorite

The national team of Gibraltar played with the following opponents:

The results of the national team do not give any chances to continue the fight in the qualifying stage, but the team has the opportunity to honorably go through the remaining qualifying cycle and try to score points from the leaders of the group, tickling their nerves.

will the team be able not to lose points

The national team of Turkey played with the following opponents:

The Turkish national team unexpectedly lost points with not the strongest opponents and now, in order to confidently advance in the qualifying cycle, the team cannot squander the advantage.

Prediction for the match Gibraltar – Turkey: how many will the Turks score?

After analyzing the latest games, it is possible to make an almost obvious prediction for the matchup of these teams.

The team of Gibraltar occupies the last line and concedes a lot. Turkey is the clear favorite and is likely to beat its opponents, despite the last two failures.