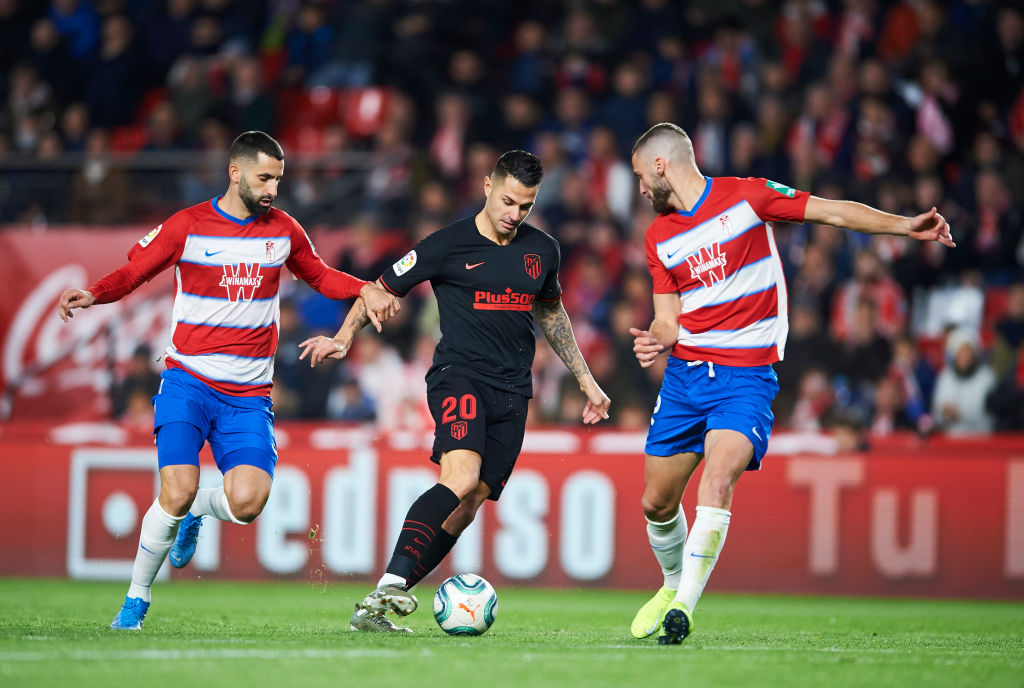 On the evening of Sunday, 17 October, in parallel with the game in Madrid, a match will be played in Granada. Here, as part of the 9th round of the Spanish La Liga championship, at the local arena Los Carmenes, Granada will host the capital’s Atlético. The match will start at 21:00 Moscow time.

Today, The Mattress Makers, as well as Real Madrid, are among the leaders of the championship. This explains the increased interest in the upcoming match in Granada. On our part, we will try to make a prediction for the Granada vs Atletico Madrid match.

Since the beginning of the championship, Roberto Morena’s team has been experiencing psychological problems. How else can we explain the lack of stability in the team’s game? After losing 0-1 to Celta, Granada found the strength to beat Sevilla 1-0 in the next match in the 8th round. With such achievements after 8 rounds played, Granada has only 6 points and a modest 17th place in the standings.

Today, The Mattress Makers perform smoothly, consistently showing good results. After 8 games, the team has 17 points and is second in the standings. The good game form of the team is evidenced by the results of the last matches. In the Champions League, Atletico won the Italian Milan 2-1, and in the Spanish Championship, the team did not leave any chances for Barcelona as the players won the match of the 8th round with a score of 2-0.

The Granada and Atletico Madrid teams have played 54 times in official tournaments. Only in 10 matches was the victory on the side of Granada, while the capital team celebrated victory in 34 games. A draw was recorded in the other 10 matches.

There is no need to be a visionary to guess who will be stronger in this game. Atlético is difficult to stop today, especially for a team of the same level as Granada. The victory of the guests is our prediction for the Granada vs Atletico Madrid match.

Probable result – the victory of Athletico.