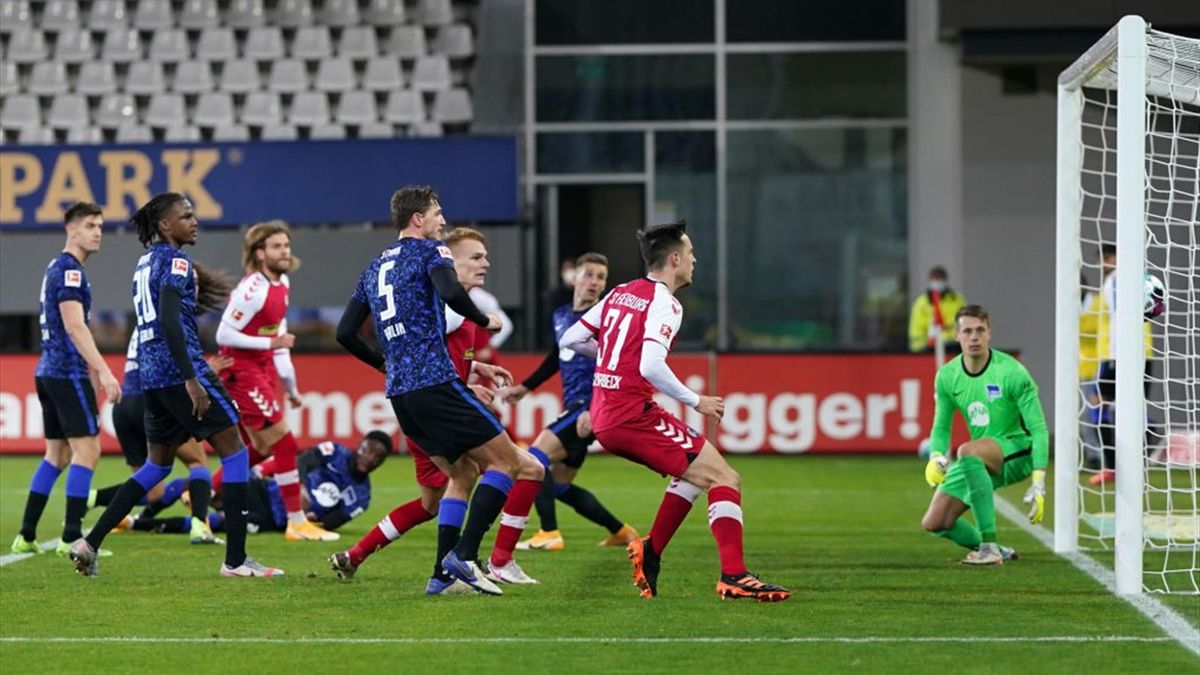 The matches of the 7th round of the Bundesliga Championship will start on Saturday 2, October. The first on the schedule is the game in Berlin. There, at the Olympic Stadium (Olympiastadion), the team in the capital city of Hertha will meet Freiburg. The game will start at 16:30 Moscow time.

The home team is going to have a difficult match. This is because the current Freiburg is now on the move, continuing to fight for high places in the standings. Thus, our prediction for the Hertha vs Freiburg match, which will help you make the right bet, will also interest you.

In the previous round in Leipzig, the team from the capital experienced a real shock. The defeat with a score of 0-6 from RB Leipzig can be regarded as a real humiliation. This failure threw the team into the middle of the standings. Before the match with Freiburg, Pal Dardai’s wards had 6 points and 12th position in the standings.

The team of Christian Streich continues to delight their fans and surprise football experts. After 6 rounds, the team is on the 5th line of the standings with 12 points. Today, only one point is separating Freiburg from Bayer Leverkusen (a leading team in the standings). In the previous round, the team dealt with Augsburg 3-0.

The history of head-to-head meetings between the teams of Hertha and Freiburg totals 33 matches. Until now, Gertha has won 12 times, while Freiburg has 10 wins. Draws were recorded in 11 meetings.

It will not be easy for Hertha to resist the game against today’s Freiburg. In addition, the tournament ambitions of the wards of Kristan Streich add fuel to the fire. Our prediction for the Hertha vs Freiburg match is inclined to the version that the victory will be on the side of the guests.

Probable results- the victory of Freiburg.