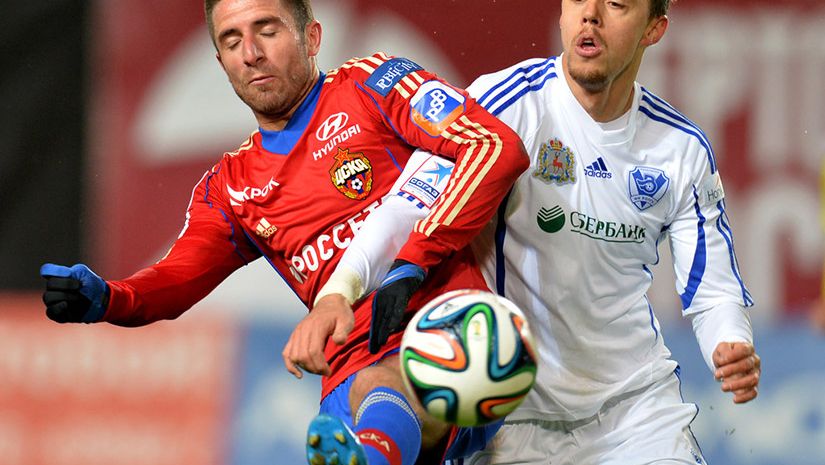 On Saturday, August 7, Spartak Moscow will play against Nizhny Novgorod at the Otkritie Arena in the capital. The game will take place as part of the program of the 3rd round of the 2021/22 season of the Russian Premier League Championship. The match will start at 20:00 Moscow time.

The upcoming game is of special interest because, on the one hand, Spartak needs to score, or better still win, to gain points and rise in the RPL Championship standings. On the other hand, Nizhny Novgorod does not yet know the bitterness of defeat and intends to continue to play in the same spirit. With an emphasis on the current situation, we make our prediction for the Spartak Moscow vs Nizhny Novgorod match.

After an annoying misfire in the first round, the wards of Rui Vitória finally received 3 points in the second round. The Red-whites defeated Krylia Sovetov away by a 1-0 victory, thus, Spartak showed a better performance. Probably, we will see much more meaningful football in the game against Nizhny Novgorod.

Surprisingly, the players from Nizhny Novgorod are still going without a significant loss. After the second round, the team has 4 points and an honorable fifth place in the standings. After a 1-1  draw in Yekaterinburg, Alexander Kerzhakov’s charges defeated PFC Sochi in the second round at home with a score of 1-0. Judging by the game, the Nizhny Novgorod team is in good shape.

In the framework of official tournaments, the Spartak Moscow and Nizhny Novgorod teams have never played against each other. Therefore, the upcoming match in Moscow will write the first page in the history book of head-to-head confrontations between these two teams.

With all the will, it will be difficult for Nizhny Novgorod to resist the Spartak team rushing forward and scoring. Bookmakers have all given the victory to Spartak. In turn, no matter how the match will turn out in Moscow, our prediction for the Spartak Moscow vs Nizhny Novgorod team is a victory for the Red-whites.