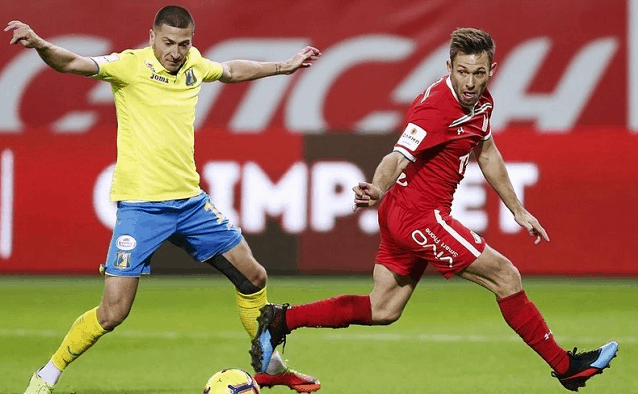 On August 8, the Sunday football evening will open with a game in Khimki, near Moscow. At the Rodina Arena, as part of the 3rd round of the 2021/22 season of the Russian Premier League Championship, the local Khimki team will receive their guests, the Rostov team. The game will start at 17:30 GMT.

Knowing the goals and objectives that both teams have set for themselves, the game is going to be quite interesting. It is almost impossible to predict how the teams will play and what the outcome will be. Nevertheless, we will offer our prediction for the Khimki vs Rostov match.

This Moscow Region team managed to present a lot of surprises in the two rounds that have been played in the Russian Premier League Championship. In the first match of the new season, Igor Cherevchenko’s charges could not oppose Zenit from St. Petersburg. The champion of Russia then won Khimki with a score of 3-1. But in the second round, Khimki managed to beat the rather strong Krasnodar team with a minimum score of 1-0. With three points gained, the team from Moscow Region still occupies a decent 7th place in the table.

Valery Karpin’s charges cannot yet boast of a stable game and good results. The Championship calendar gave the Rostovites very strong rivals in the first two rounds. Now Rostov is not yet in a position to compete with other teams on equal terms. Accordingly, the two defeats recorded in the matches played against Dynamo Moscow and St. Petersburg Zenit have left  Karpin’s team currently with zero points and a penultimate place in the standings.

Until now, Khimki and Rostov have met each other 9 times in official tournaments. While the number of victories is even — four victories were gained by each team  — one game ended in a draw.

It is difficult to predict the outcome of this match. Only one mistake can tip the scales in favor of a particular team. We dare to predict effective football performance from both teams as far as the upcoming Khimki vs Rostov match is concerned.