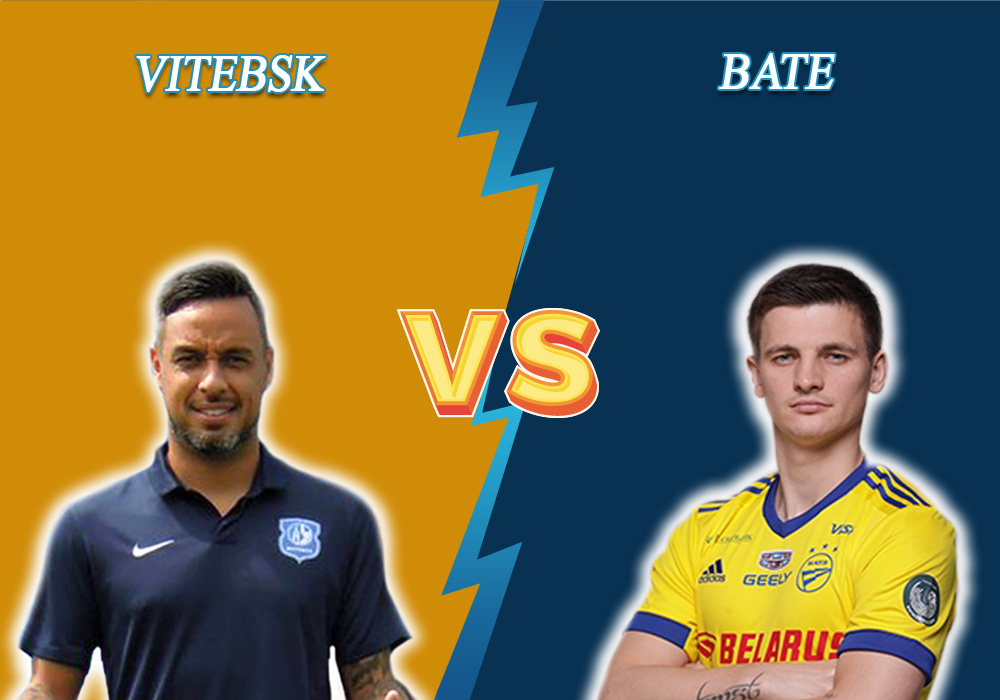 On June 7, there will be a meeting between Vitebsk and BATE in the framework of the Belarusian Premier League twelfth round. Here is a free prediction for the game by Bettonus.

The team scored more than two goals for the first time in the championship: during the match with Energetik, they kicked three goals, but that didn’t help them to defeat the “Students”. As a result, the game resulted in a draw with a 3:3 score, and five goals were kicked in the first half already. Vitebsk failed to get a victory in the sixth match in a row. However, they kept on gaining points in the last four meetings, which were played to draws. So far, Sergey Yasinskiy’s team is ranked eleventh with fourteen points on their account.

After a middle-successful start, the Borisov team started showing their championship qualities in the last six meetings, in which they won. To note, in 5 out of the previous 6 games, BATE kicked more than 2 goals per game. In the last round, the players defeated Isloch with a modest 1:0 score. That helped them to occupy first place steadily. The gap from Energetik is four points. We are looking for active scoring by BATE in Vitebsk (more than one goal), since Alshevskiy’s team has the highest scoring rating away in the League.

The bookmakers’ odds for the upcoming match are as follows: Vitebsk — 7.40, a draw — 4.10, and BATE — 1.59. Vitebsk kicked in 5 out of the last 7 head-to-head games in the Premier League. We recommend considering the host team’s scoring for 2.00. In the previous 5 meetings of the championship, BATE scored goals before the break. So the bet on their goal in the first half is for 1.78. BATE kicked at least two goals in 5 out of the last 6 games in the Premier League. Bookmakers recommend placing a bet on BATE ITB 1.5 for 1.93.