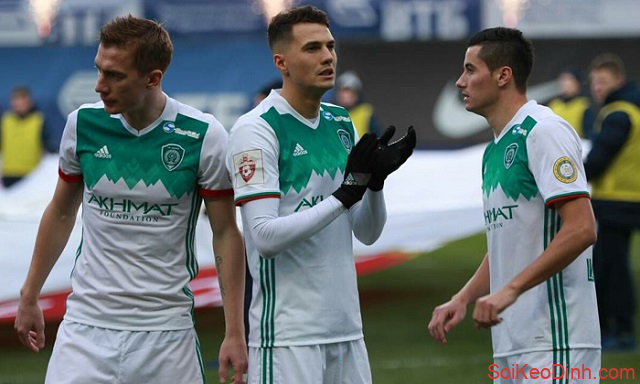 The second round of the Russian Premier League Championship will end on Monday, August 2. On this match day, the local Akhmat club will host PFC Sochi at the Akhmat-Arena stadium in Grozny. The game will start at 20:00 Moscow time.

We hope that the upcoming game in Grozny will complete the second round of the Championship on a bright note.  We now offer our prediction for the Akhmat vs Sochi match, thanks to which you will hopefully be able to make the right bet on this game.

The team from  Grozny started the new season of the Premier League on a successful note. In the first round of the Championship, Andrey Talalaev’s wards beat the Krylia Sovetov team with a score of 2-1. The two goals scored by the guests in the opening of the match turned out to be decisive, bringing the team victory in the end. This team will likely play just as skillfully and confidently against Sochi in the upcoming game.

The players from Sochi finished the last season on a positive note, earning a ticket to the UEFA Conference League. In the new season, Vladimir Fedotov’s wards set for themselves equally ambitious goals and objectives. However, they had a disappointing start to the Championship as they lost their first game in Nizhny Novgorod ― Sochi lost 0-1 to Nizhny Novgorod.

The record of head-to-head matches between Akhmat and PFC Sochi totals 6. The Sochi team was stronger in four matches, while the other two matches were drawn. So, the team from Grozny is yet to record a single victory against Akhmat.

The game in Grozny is a duel of almost equal rivals. Therefore, it is not easy to predict the outcome of the Akhmat vs Sochi match. We want to believe that goals will be scored by both teams in the match. Any team can become the winner and the fate of the match might be decided by one mistake.