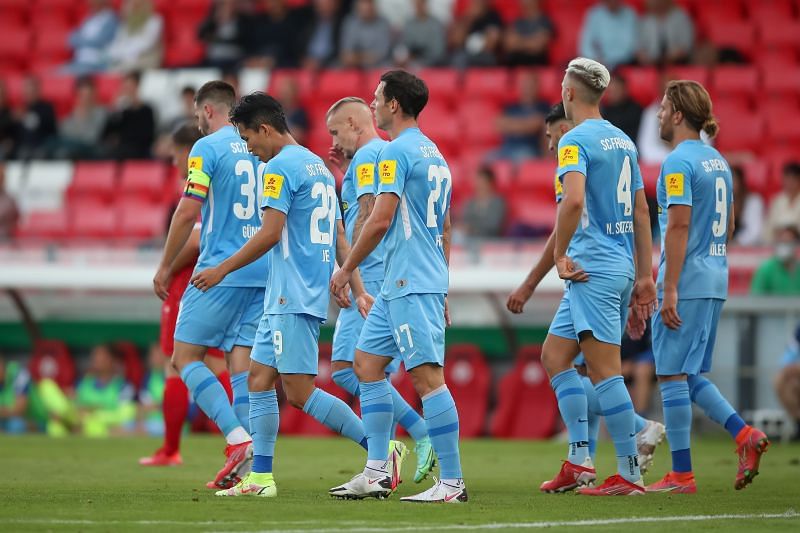 The 1st round of the 2021/22 season of the Bundesliga Championship is scheduled for Saturday, 14 August. Saturday’s matchday will open with a match in Bielefeld, where the local Arminia team will play against Freiburg. The match will take place at the Shuko Arena stadium and will start at 16:30 Moscow time.

Taking into account the increased interest in the outcomes of the first-round matches, we offer you our version of the predictions for the Arminia Bielefeld vs Freiburg match. We hope that this prediction will help you to make the right bet on the outcome of this game.

Last season, Frank Kramer’s team, with great difficulty, managed to avoid unpleasant participation in the playoffs for the right to remain in the elite division. At the end of the Championship, Arminia earned 35 points, having managed to secure the saving 15th line in the standings. In the new season, the team plans to play better and avoid such troubles at the finish of the Championship.

The team was the middle player of the German Bundesliga in the past season and made a “C”. Christian Streich’s wards did not have enough stars from the sky, but managed to firmly establish themselves in the middle of the standings. According to the past season’s results, Freiburg has 45 points and 10th place in the standings. More significant results should likely be expected from the team in the new season.

The Arminia and Freiburg teams have met 12 times in the German Championships and the national cup. Each of the teams has 5 wins, while two of their matches ended in a draw.

In the first round, one should not expect a brilliant game from both teams. Nevertheless, each of the teams will try to squeeze the maximum points in their favor in the upcoming match. In such a situation, predicting the Arminia Bielefeld vs Freiburg match is not easy. We are leaning towards the version that the match will end in a draw.