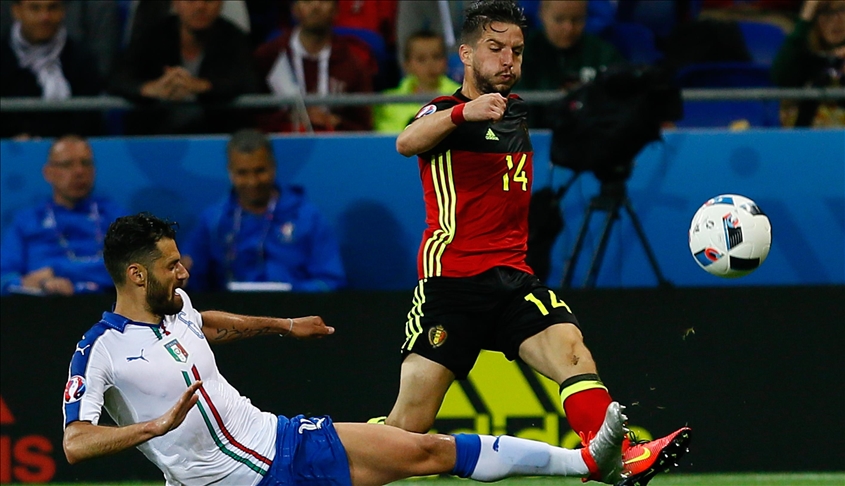 The national football teams of Belgium and Italy will meet late in the evening at the Allianz Arena in Munich on July 2, 2021.  The meeting will be the second quarterfinal match of Euro 2020. The game will start at 22:00 Moscow time.

In terms of comparative performance, both teams overcame the group round sieve quite easily, reaching the playoffs of the tournament from first place in their groups. They both beat the teams in their groups and their rivals in the ⅛-finals. But still, it is difficult to predict the outcome of the confrontation between such strong teams. However, we still have to make an attempt and offer our prediction for the match between Belgium and Italy. We hope our guests will turn out correctly.

Roberto Martinez’s charges went through the group stage in one go, with a 100% result: three games and three wins. In the ⅛-finals, the Belgians were opposed by the reigning European champions — the Portuguese national team. However, the Belgian national team managed to cope with their task. Thus, they received a modest but laborious 1-0 victory over the Portuguese. As a result, the Belgians are in the quarterfinals while the ex-European champions are going home.

In the group stage, Squadra Azzurra played excellently. In three matches, three wins were recorded and the playoffs came from first place in Group A. However, in the ⅛-finals in the game against the Austrian national team, something went wrong. Only thanks to great efforts, the Italians managed to tip the scales on their side, beating the uncompromising Austrians by 2-1.

During the official tournaments, the national teams of Belgium and Italy have met 9 times. The Belgians were stronger in 3 matches, while the Italians won 4 matches. Their games have ended in a draw only twice.

Let’s now guess which of the teams will be stronger in this confrontation. So, the prediction for Belgium vs Italy match is the following: Both teams will be able to score goals in the upcoming match.

Probable result –  Both teams will score