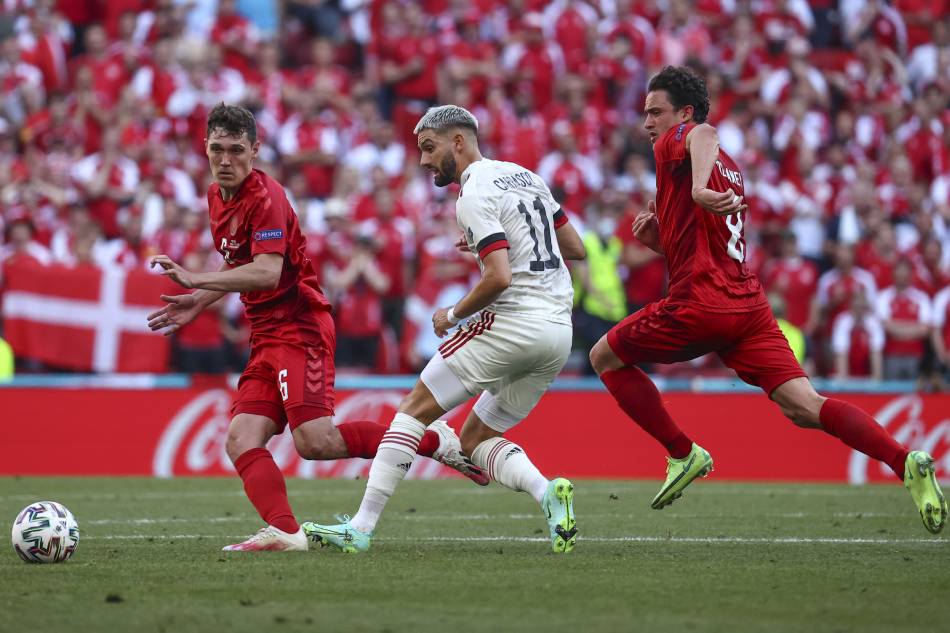 The play-off round of the European Football Championship 2020 will open with the match between the national teams of Wales and Denmark at the Johan Cruyff Arena in Amsterdam. The ⅛-finals of Euro 2020 will kick off at 19:00 UTC on Saturday 26th June 2021. We bring to your attention our prediction for upcoming Wales vs Denmark match, which could help you choose the optimal betting rate.

The national football team of Wales

The Welsh passed the group stage of the tournament quite confidently, showing a good overall result. Thus, the team gained 4 points and secured second place in Group A, thereby receiving the right to play in the playoffs. In those matches, Ryan Giggs’ charges played as follows: a 1-1 draw with Switzerland, a 2-0 victory over the Turkish national team, and a 0-1 defeat by the Italian national team.

The national football team of Denmark

The Danes started the tournament with a failure. In their first group-stage game against the Finns, the team not only lost their captain but also lost 0-1 to the Finns. In the two remaining matches, the Danish national team showed character but managed to achieve not much: they suffered a 1-2 defeat in the match against the Belgian national team and claimed the long-awaited 1-4 victory in the game against the Russians. It was the last result that brought Kasper Hulmann’s team to the playoffs.

Until today, the national teams of Wales and Denmark have met each other 9 times. In five games, victory was on the side of the Danish national team. The Welsh were stronger in four matches. One match ended in a draw.

The game is not going to be easy, as the rivals are worthy of each other. As for the assumptions, the prediction for the Wales vs Denmark match is leaning towards the victory of the Danish national team, both in regular time and in extra time.

The probable result: the victory of the Danish national team.