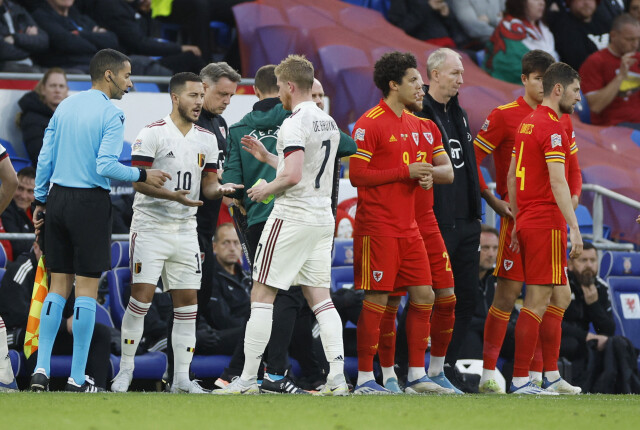 Belgium performed pretty well last year. After losing to the Italians in the 2021 League of Nations play-offs, they had only one defeat, three draws, and 4 wins. All that took points against the Belgians were national teams of a much higher class than Wales. The team lost to the Netherlands, who are now in great condition. They also had a draw with Ireland. Thereafter, they didn’t lose for a long time. In two games, they beat the Poland national team. And they had a lopsided victory over Burkina Faso.

Wales is like a fish out of water now. They have had almost no wins and 3 defeats in their last 5 games. The team’s match against the Czech Republic turned out to be difficult; they had to play from behind during the home game. But the opponent was in bad shape, having won only once in a long time.

Wales also lost to Poland and encountered certain difficulties in the match against Ukraine at home.

The Belgium team has many great players. One of them is De Bruyne, who was named the best player of the week in the UCL. In home matches, Belgium has no problems with teams like Wales.

However, Wales have suffered two defeats in a row in away matches. In addition, Belgium and Wales played against each other in Cardiff not so long ago. The Belgium Red Devils pressed the opponents during the match, but Wales were lucky. They scored a goal just 4 minutes before the end of the game. So the match ended with a draw (1-1). In Brussels, the Wales Dragons may not be so lucky. In our prediction for the Belgium vs Wales match, we urge you to place a bet on the victory of Belgium with a coefficient of 1.4.

Probable result – Victory of Belgium with odds of 1.4.