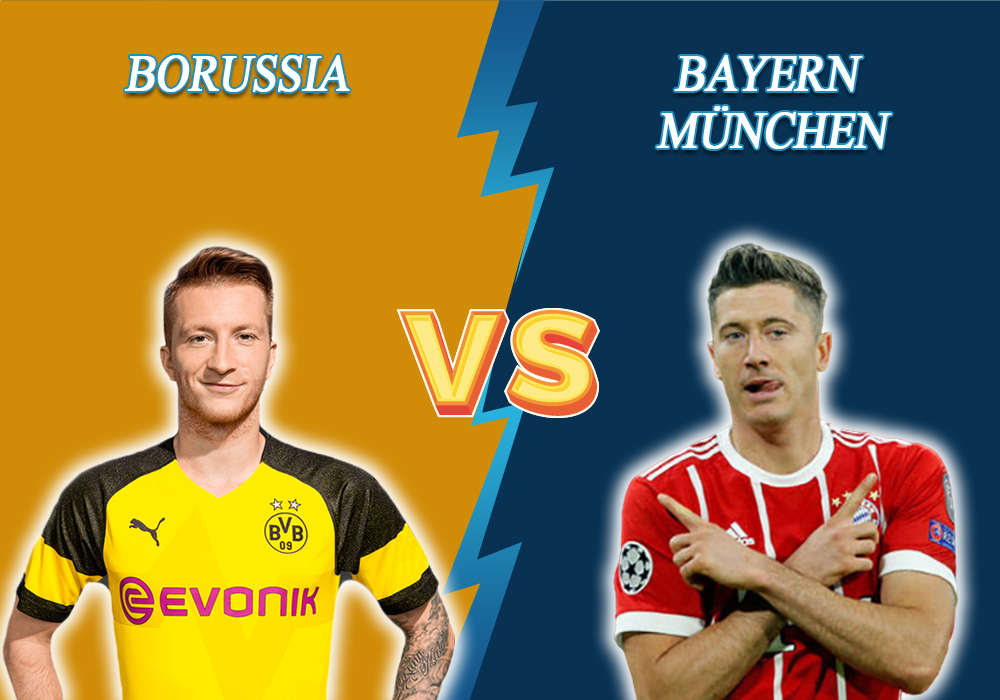 The Super Bowl of the 28th matchday of the German Football Championship between Borussia D and Bayern will be held on May 26 at 16.30 GMT at Signal–Iduna Park.

“Borussia” won the sixth consecutive victory in this Championship, having beaten “Wolfsburg” 2:0 away and confirmed that the things are getting better in their defense. Moreover, defender Guerreiro has chalked up another goal. In the last 2 rounds, Dortmund scored 2 victories in a row with a total score 6:0. The “Bumblebees” occupy second place with 57 points and continue to be 4 points behind the eternal enemy, whom they will host in the upcoming match. If we talk about home fights, then the team of Lucien Favre is still unbeaten in 13 matches. It has won in the last five matches, scoring 19 goals and conceding only 1.

The Bavarians are leading in the German League with 61 points scored. The performance statistics of the Munich Grand consists of 19 victories, 4 draws and 4 defeats. “Bayern” put another three points in the bank after defeating “Eintracht” 5:2, having pleased the fans with an abundance of goals in the match. Robert Lewandowski has scored his 27th goal in the Championship and continues to lead the scorers. As before, the team of Flick is very strong in attack with such a selection of players, but there were questions about the defense game, because before that the Munich team hadn’t missed in 3 matches in a row, and in the last matchday they immediately got two goals from “Eintracht”.

Since this match is for 6 points and is crucial for both rivals, given the struggle for the Сhampionship and the history of head-to-head confrontations, we are going to witness a keen fight. Therefore, we recommend focusing on yellow cards and catch “Over YC” in live after the first goal scored, if the bookmaker offers good odds.