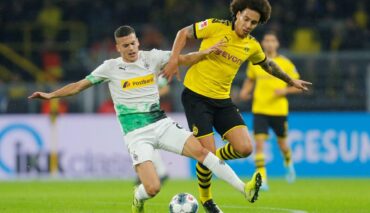 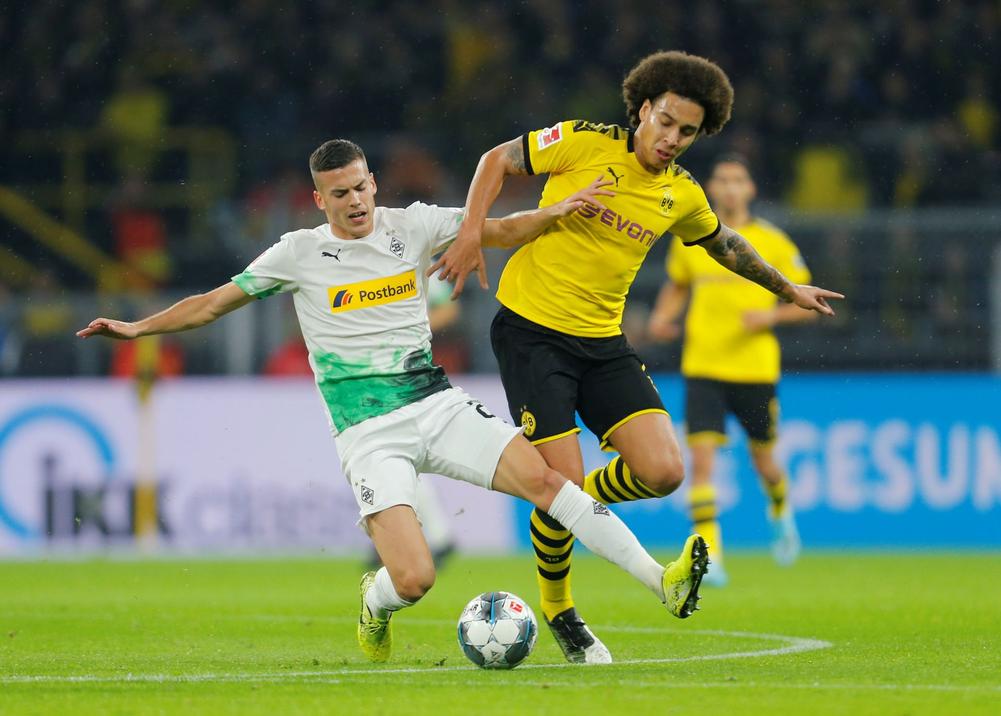 In the intervals between the next rounds of the German national championship in the elite division, all the eyes are on the play-off matches of the German Cup. All quarter-finals will be played on Tuesday. The results of all four pairs of teams are captivating, but we are interested in the match result of the confrontation in Mönchengladbach, wherein the Borussia Park arena in a face-to-face confrontation, the local Borussia receives teammates from Dortmund. By itself, a match of this level is already of considerable interest. Considering the intensity of the clash between these two teams, the game promises to be exciting and unpredictable. Nevertheless, we will try to predict the result of this game.

This season, Mönchengladbach’s entry into the quarterfinals can already seem like a success. The only negative aspect is the need for Marco Rosa and the company to sort things out with a rather formidable rival. The fact that Borussia Mönchengladbach’s play in the last test matches is far from perfect adds fuel to the fire. Autumn spurt gave way to sluggish play in tournaments of all levels. The result of the team’s lack of confidence in the last matches is 8th in the German Bundesliga championship standings and 33 points in the asset. In the previous test match of the German championship, Mönchengladbach lost 2: 3 away from RB Leipzig. Probably, due to the fatigue of the team, who were forced to play on two fronts. The recent 0-2 defeat in the first leg of the Champions League round of 16 against Manchester City took a lot of strength from the team.

Unlike their teammates from Mönchengladbach, Dortmund is playing much more successfully this season. Moreover, the team’s play is equally effective both in the domestic arena and in international competitions. Again, Borussia Dortmund are playing in the Champions League playoffs, and so far the team’s chances of reaching the next round are good. In the first away match against the Spanish “Sevilla” Edin Terzic’s charges won with a score of 3: 2. In the domestic championship, the team is doing well in the last two rounds. Two games and two wins 4-0 away against Schalke and 3-0 at home against Arminia. As a result of these performances, the “bumblebees” managed to grab a place in the eurozone, currently occupying the 5th line in the standings. Edin Tarzic and the company have 39 points and are only one step away from the place that gives a ticket to the future Champions League. In the German Cup, Dortmund is also confident. In the previous stages, the “bumblebees” dealt with the teams “Eintracht” Braunschweig and “Paderborn”. Entering the quarterfinals of the cup against teammates from Mönchengladbach only spurs the team to further successful advancement in the tournament.

The history of face-to-face confrontations on the football field of Mönchengladbach and Dortmund goes back to the middle of the 20th century. Both teams have come face to face 102 times officially. In 42 matches  Dortmund was stronger. In 32 matches, the victory was on the side of  Mönchengladbach. The teams drew in 28 matches. In the German Cup match, both met each other only three times. As part of the cup matches, the advantage is still on the side of Borussia from Mönchengladbach (2 wins against 1 loss). This season, the teams have already met twice on the football field. In the first match, Dortmund was stronger, winning with a score of 3: 0. In the return meeting in Mönchengladbach, the local team celebrated the victory with a score of 4:2.

In such a situation, when the level of the opposing teams is approximately the same, it is difficult to give the palm to one side of this confrontation. Taking into consideration the format of the German cup match, any outcome can be possible. Nevertheless, let us muster up the courage and propose to bet on Borussia Dortmund’s passage to the next round of the tournament.

The “Team will advance to the next stage” bet with the option Team 2 can work.