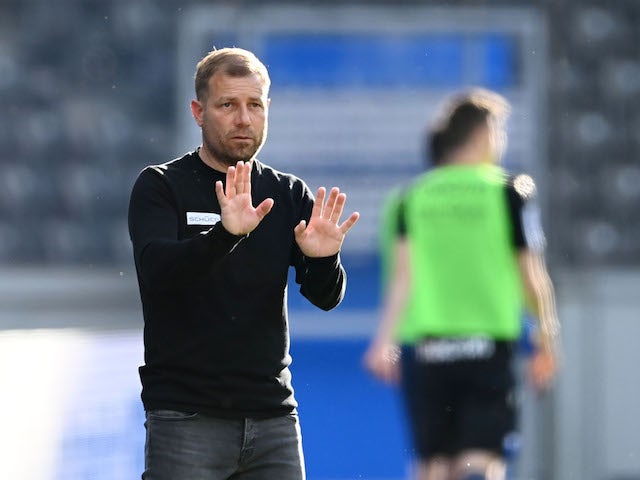 On Saturday, August 21, 6 matches are scheduled for the 2nd round of the 2021/22 season of the Bundesliga Championship. Saturday’s matchday will open with a match at the Ronhof Thomas Sommer Arena in Fürth. The Greuther and Arminia from Bielefeld teams will meet in a head-to-head confrontation. The game will start at 14:30 GMT.

Now let us analyze the performance of both teams in their first-round matches played against other teams and forecast the teams’ likely play in the upcoming match. That way, it will be easier to make a prediction for the Greuther vs Arminia Bielefeld match. We hope that our guess will help you to make winning bets.

In the very first game of the new season, the team didn’t show the best game. A visit to Stuttgart for Stefan Leitl’s charges ended in a devastating defeat. The play was not that great. Five goals were scored at the guests’ goal. In response to this scoring extravaganza, Greuter’s team managed to score a goal. As a result, their first game turned out to be a poor start following a 1-5 defeat, thus, leaving them with no other choice but to start all over again.

In the first round of the 2021/22 season of the Bundesliga Championship,  Frank Kramer’s team hosted the formidable Freiburg and failed to achieve a home victory. However, the team did not lose since they played a zero-zero draw, which is already a plus (that is, one point gained). Although this achievement is not so great, in comparison with the failures of other teams, Arminia’s performance can be viewed quite positively.

Greuther and Arminia Bielefeld have not played against each other that often. Since the establishment of both clubs, the rivals have met 24 times on the football field. As to the outcomes of their head-to-head matches, Greuther has 7 wins, while Arminia has won 10. The teams drew in 7 matches.

It is not that simple to predict the winner of this upcoming match. Arminia is not a team that will come to visit as spectators. Thus, our prediction for the Greuther vs Arminia Bielefeld match is more inclined towards the outcome in favor of the visiting team.