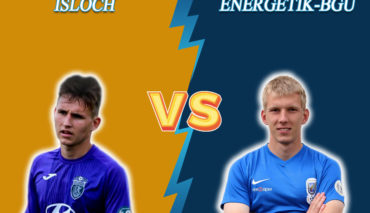 On May 23, 2020, in the 10th round of the Belarusian Premier League, Isloch will host Energetik-BGU at home. Prediction from Bettonus.

“Isloch” is a pronounced domestic team that feels confident only on its own field. By their native stands, they achieved 5 victories in 6 meetings. The only offender of the “wolves” at their stadium was “Slutsk”, to which they lost 2:3. After that, the team of Vitaliy Zhukovskiy defeated “Slavia” 2:1, “Vitebsk” 2:0, and “Belshina” 2:1. On the road, the things are much worse, which was confirmed by the last match of the “wolves” when they lost to “Dinamo Minsk” 0:1. Therefore, “Isloch” will have to confirm the reputation of domestic “monster” in the game against the “students”, if the Zhukovskiy’s team counts on 3 points.

“Energetik” is in the top three teams of the Championship. The “Students” scored as many points as “Torpedo” (18), conceding only on tiebreak indicators. The gap to the 1 place is only one point. The Belyavskiy’s team shot up due to the three victories in a row in the last matches – over “Smolevichi” 2:0, “Slutsk” 2:1, and the current champion “Dinamo Brest” 2:1. The main star of “Energetik”, Djasur Yakhshibaev, did not score this time with a goal, but he is still one of the top scorers in the Belarusian Championship with 6 goals scored.