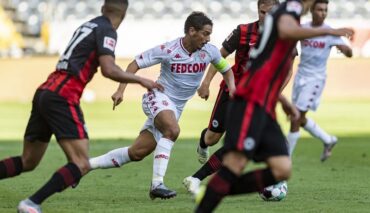 In the 38th round of the French championship, Lens will play at home with Monaco. The game will take place on May 23, 2021, and will start at 22:00 Moscow time. This prediction for the Lens vs Monaco match will help forecast the favorite of the upcoming meeting.

Lens is having a bright season. The team that left Ligue 2 shows solid team football and one round before the end of the national championship still retains a theoretical chance for a place in the European Cup zone. Monaco is steadily moving towards participation in the Champions League next season.

Before making a prediction for the Lens vs Monaco match, let’s consider the results of the last three head-to-head meetings between the teams:

The first face-to-face meeting of the teams took place on August 22, 1948, and ended with Lens’ victory with a score of 3-0. In total, the teams played 112 games among themselves, 53 of which ended with the victory of Monaco. Lens was content with 29 games won.

The Lens vs Monaco match will be a real highlight of the tour. Both teams show great attacking football and will play in the upcoming meeting to win. Lens will look for a chance by playing a counter-attacking game, while Monaco will go all the way forward. Goals will be scored against both teams, and the victory will be won by the Monegasques.