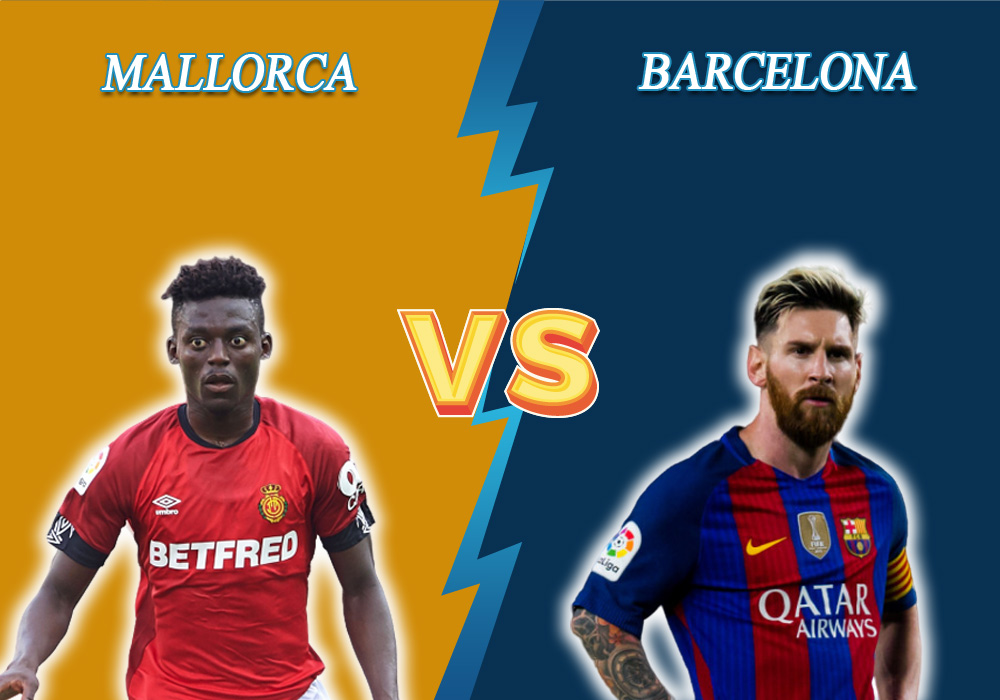 On June 13, at 20:00 GMT, Mallorca will host Barcelona in the framework of the Spanish La Liga twenty-eighth round. Here is an expert prediction for the event by Bettonus.

The team of Vicente Moreno is in the departure area of the championship, occupying eighteenth place in the standings with 25 points in the asset. Theoretically, one win is enough for them to beat two teams in the table — Celta with 26 points and Eibar with 27 points. In the last round, Mallorca defeated Eibar away with a 2:1 score. However, that was the second win of the team in the extreme seven games. The team from the Balearic Islands has one of the worst defenses — 44 conceded goals.

The catalan frontrunner continues to lead the La Liga, being ahead of Real Madrid by 2 points. Barcelona scored an average of over three goals per match at home. However, their performance is a little worse away: in the previous five away meetings, the players achieved one victory only. The team of Quique Setien will try to improve this statistics in the upcoming game with Mallorca. Besides, Luis Suarez will also participate in the event.

The bookmakers’ odds for the upcoming event are as follows: Mallorca — 11.00, a draw — 6.45, and Barcelona — 1.30. Mallorca didn’t concede goals in the first half in 7 out of the previous 8 away games in the Spanish championship. At the same time, Barcelona didn’t score before the break in 5 out of the last 7 away meetings in the La Liga. You can place a bet on the guests’ non-scoring in the first half for 2.80. In 5 out of the last 6 face-to-face matches, there were more than 2 goals scored. We recommend considering a total over 2.5 for 1.47. Barcelona kicked 24 goals in the last head-to-head games with Mallorca; that is an average of 4 goals per match. So the bet on Barcelona ITB 3 is available for 2.65.