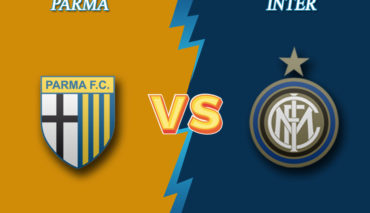 The Bettonus team has prepared a sports prediction for Parma Calcio vs. Inter Milan to be held on June 28 at 19:45 GMT as a part of the 28th matchday of Italian Serie A.

Parma sit the 7th place, which is a rather high position for a modest club. However, they have better tiebreak indicators than Milan. Despite a confident and significant 4:1away win over Genoa in the last round, two previous home games of the Crusaders were not successful. One of them was marked by loss to S.P.A.L., an obvious outsider. Roberto D’Aversa’s troops have 6 wins and just as many losses in 13 home fixtures. However, they have positive goal difference (+5), if we are to talk about home matches.

Inter are the best of the rest in Serie A. Antonio Conte’s troops had 13 fixtures and managed to have 9 wins, 2 losses and 2 draws, if we are to talk about away matches. Inter show high goal-scoring performance in away fixtures (2 goals per game in average). Romelu Lukaku and Lautaro Martínez have together scored 31 goals. In the last round, Il Biscione hosted U.S. Sassuolo Calcio  and tied the game 3:3, even though they had been outscoring the rival. Milan Škriniar, Inter’s defender, was sent off in the final minute.

Less than 3 goals were scored in 5 out of the last 6 head-to-head games in Serie A. You can consider Total Under 2.5 in the upcoming game for 1.95.