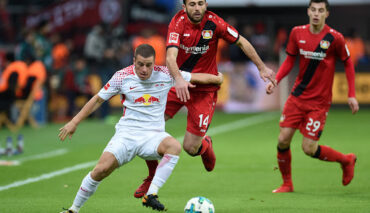 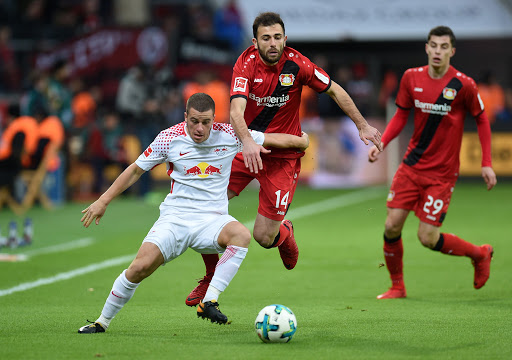 On Saturday, 30th January 2021, in Leipzig, at the Red Bull Arena stadium, RB Leipzig and Bayer will meet in a head-to-head confrontation. Both teams already occupy the top positions of the standings as they continue to fight for the top places in the championship. In the football community, the level of the opponents corresponds to the status of the match as the central event of the 19th round of the German championship in the elite division.

The increased interest in the upcoming fight is also influenced by the bookmakers. Both teams are showing good results in the 2020/21 season. Both the “bulls” and “pharmacists” are playing powerfully and, most importantly, stably. It is quite difficult to predict the outcome of the confrontation, but we will risk it by offering you a prediction for the central match of the 19th round of the Bundesliga.

Julian Nagelsmann’s charges are fighting once again only for the top places in the German championship. The rivalry with Bayern for the championship title does not work out for the “bulls.” Nevertheless, the team’s performance on the field and its success in the main tournament deserve respect and attention.

Before the test match against the “pharmacists”, RB Leipzig took second place in the standings, having 35 points. The backlog of the “bulls” from Munich, “Bavaria,” the leader in the championship, has 7 points.

In the last three test matches played by Nagelsmann’s team in the second round of the championship, the results are mixed: a 2:2 draw against Wolfsburg, a 1:0 win against Union Berlin and a 2:3 loss in an away match against Mainz.

With participation in the championship race, “pharmacists” did not work out once again. While the density of teams at the top of the German league table is very high, Bayer is the top contender for the two remaining league prizes in the 2020/21 season.

The team has 32 points after 18 rounds played. With such a result, it cannot rise above the third position in the current rating. The points gap between third place and first place is 10 points.

The results obtained in the second part of the German championship clearly do not go to the records of the team. Of the five games played in the new year in the main tournament, the “pharmacists” won only one game. The match against Borussia Dortmund ended 2-1 in favor of Bayer. Peter Bosch and his team unexpectedly lost their last test match. Lost 0:1 in the match against Wolfsburg.

RB Leipzig and Bayer have been in a tough competition for the top rankings in the recent official tournaments. The first face-to-face confrontation between the two clubs took place on November 18, 2016. In that match, the Leipzig players turned out to be stronger having won with a score of 3:2. In total, the teams played 9 official matches.

Today, the advantage of the “bulls” in terms of the number of victories is quite tangible (4 versus 1). Four meetings ended in a draw. The first-round match of the 2020/21 season in Leverkusen also ended in a draw, with a score of 1:1.

Given that both teams unexpectedly lost points in the previous round, the upcoming game will definitely be played to the bitter end. It is difficult to predict which team will be stronger in Saturday’s match. In such a scenario, it would be best to bet on productive football performed by both teams. Both teams will score goals in the match.

Bet “Both teams will score” with the option “Yes”