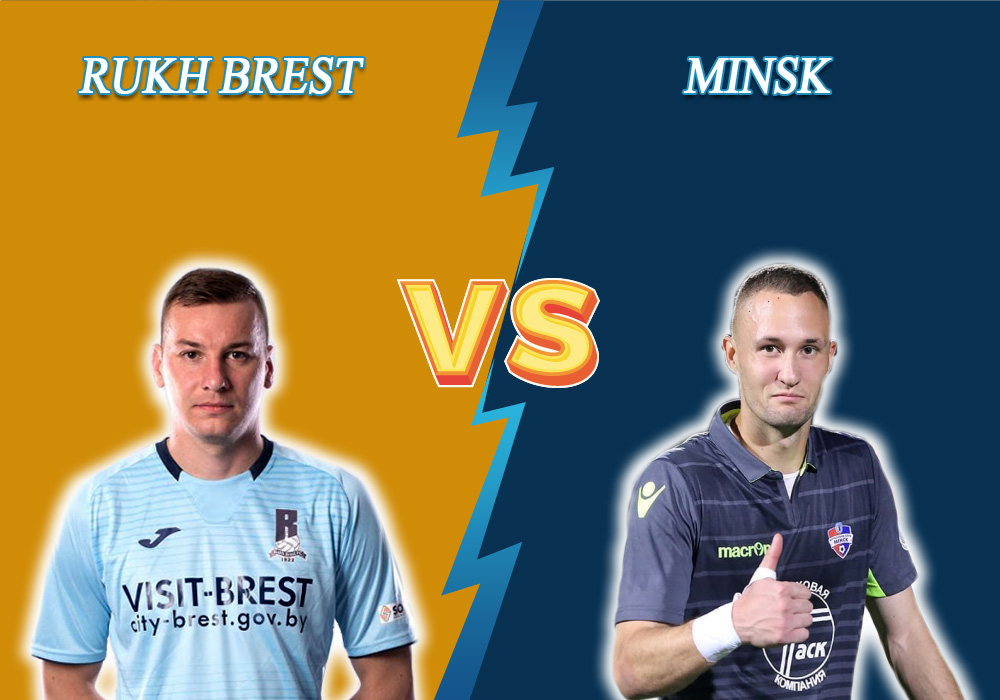 Rukh will host FC Minsk, and that will be a match of the Belarusian Premier League fifth round.

After the sensational victory against Dinamo Minsk in the first round, the team was defeated by BATE and Energetik-BGU. In the last round, they had the same number of scores with Slavia Mozyr and ranked thirteenth in the standings, having per 4 points each. As for the number of kicked goals, the team shares the last place in the standings along with Smolevichi-STI — they scored just once during four rounds. However, the team is also in the top-3 of teams who conceded the most goals (with Torpedo BelAZ and Neman).

After two victories against Belshina and Dinamo Minsk, the team ranked first. However, the next two losses from Energetik-BGU and BATE moved them to the tenth place. Their loss to the Borisov team can be definitely called the worst Rukh match in this championship. They totally failed during attacks, made mistakes in defensive style, and had no desire to fight for points. All of this resulted in an easy and huge defeat from opponents — a 0-3 score.

The odds for the host team’s victory are slightly higher than the opposite — 2.67 against 3.1 for the guests’ win, and for a draw — 3.34. Overall, one of the best defense lines will compete with one of the greatest attack styles during the upcoming event. It is hard enough to predict the final score of the match. If Rukh will score first, then they are likely to focus on defensive football mainly, and the Minsk team will have difficulties trying to cope with it. If the guests score first, then they will continue on scoring. As a result, that would be a more open game with a bigger number of goals. So let’s check the additional parameters of the match. Only during one meeting, the total of 4.5 for more corner kicks in the first half wasn’t achieved. To note, this is valid for both teams. That’s why you can play on 4.5 for more corner kicks in the first time for 1.9. Another interesting fact — the guests serve a ball in 60% of cases during this championship and have more corner kicks during the match, and both in the first half.