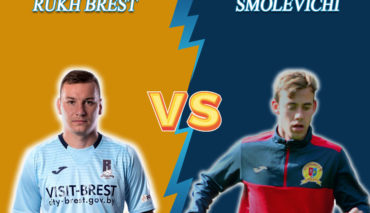 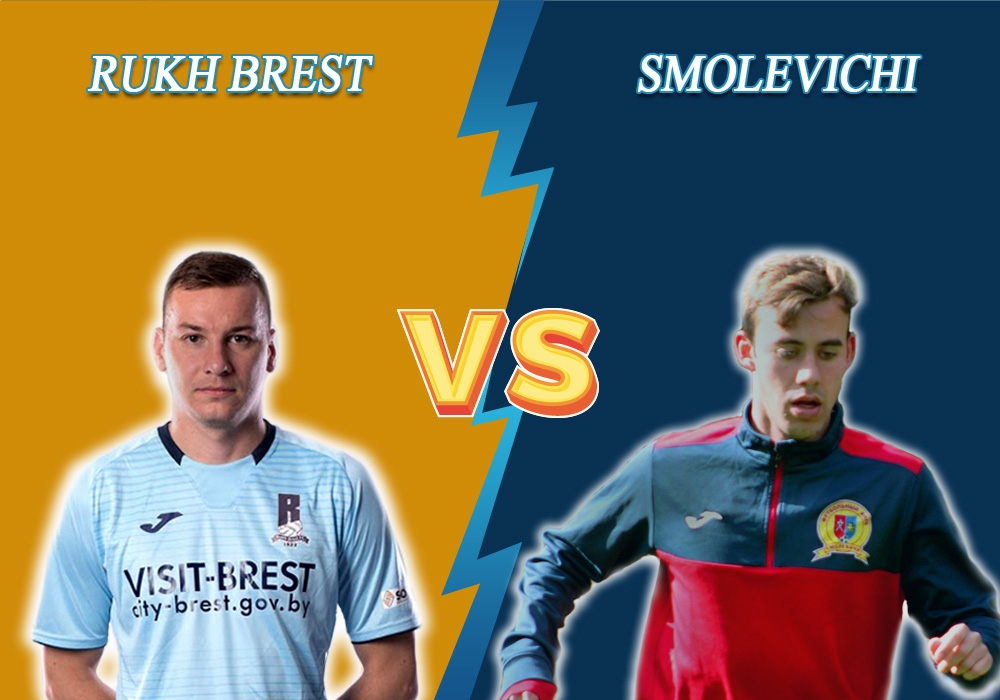 On May 17, Rukh Brest will host Smolevichi in the framework of the Belarusian Premier League ninth round. Feel free to check out a free prediction for the upcoming event performed by Bettonus.

Inspired by their last guest victory against Neman with a 4:2 score, Rukh will do their best to please fans with other three points at the home arena as well. Sednev’s team ranks eighths in the ranking. To note, they haven’t lost the fifth match in a row already. The last defeat happened back on April 4, when there was a minimal loss to BATE during the away match with a 0:1 score. After that, Rukh achieved three draws and two wins, scoring nine points. So their result is equal to Shakhtyor’s one — also 12 points. In the upcoming match, Vladislav Vasiliev won’t be able to participate because of the disqualification.

Smolevichi is one of the candidates for a downgrade. Brazevich’s team occupies the penultimate place and has just three points scored in eight games. Smolevichi are conceding more and more with every game. In the last round, playing with BATE, the players conceded five times, almost creating a sensation. The meeting between Smolevichi and the Borisov team was a real thriller. Already at the match’s start, Brazevich’s team was losing to the guests with a 1:3 score. However, they managed to “come back” and scored two more goals in the middle of the meeting — a 3:3 score. Smolevichi lacked powers to win, unlike BATE that managed to recover and kick two more goals and defeat the opponents with a 5:3 score as a result.

Bookmakers estimate the teams’ chances to win as follows: Rukh — 2.06, Smolevichi — 4.14, and a draw — 3.45. In 5 out of the last 6 away games with Smolevichi in the Premier League, both teams scored. So we recommend placing a bet on the both teams to score for 2.25. In 6 out of the previous 7 meetings in the competition, Rukh didn’t score until the break. The host team won’t score in the first half — bookmakers offer to consider that bet for 1.72.