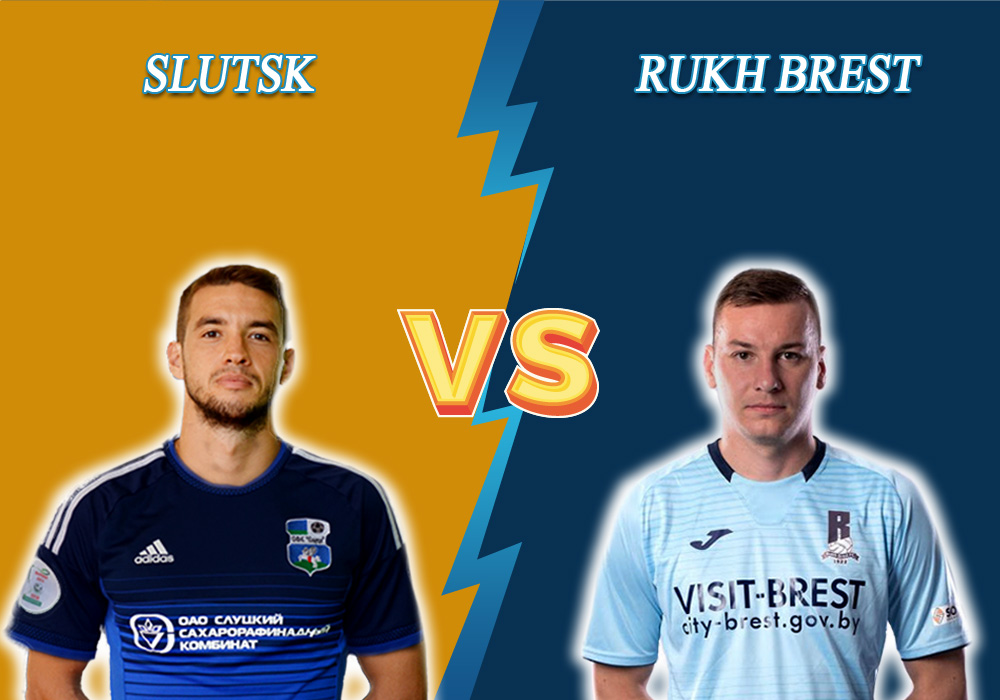 The meeting of the 10th round of the Belarusian Premier League in football between Slutsk and Rukh Brest will be held on May 23 at 13.30 GMT. Sports predictions from Bettonus.

The team will try to regain its reputation in the fans’ eyes in a home match after being greatly defeated by “BATE” 3:0 in the last round. The team of Vitaliy Pavlov have played a wonderful series of 5 victories in 7 starting rounds, which kept “Slutsk” as a leader for a long time. However, financial difficulties affected the club, which in turn was reflected in the game of “white-and-blue” in recent matches. The defeat at home from “Energetik-BGU” 1:2 in a round before last was a shot across the bow, and then the dead failure against “BATE” has confirmed that Pavlov’s team was doing badly. At the moment, the management is more concerned looking for the sponsors to insure the club from bankruptcy, rather than racing for the Championship.

In turn, the guests will try to continue their win-win race in the Championship, which consists of 6 matches in a row. The team of Aleksander Sednev has a good defense, but there are obvious problems with the attack. “Rukh” has scored 7 goals in this Championship, only “Smolevichi” and “Gorodeya” have scored less than “Brest” – six goals each. Performance of “Brest” has impressed most of all in the last match with the outsider “Smolevichi” 0:0, when the Sednev’s team could not convert a single chance, although they fashioned 9 shots on target. Looking back, earlier “Rukh” defeated “Neman” 4:2 away. Therefore, the instability of performances does not allow “Brest” to get above the middle of the tournament table.