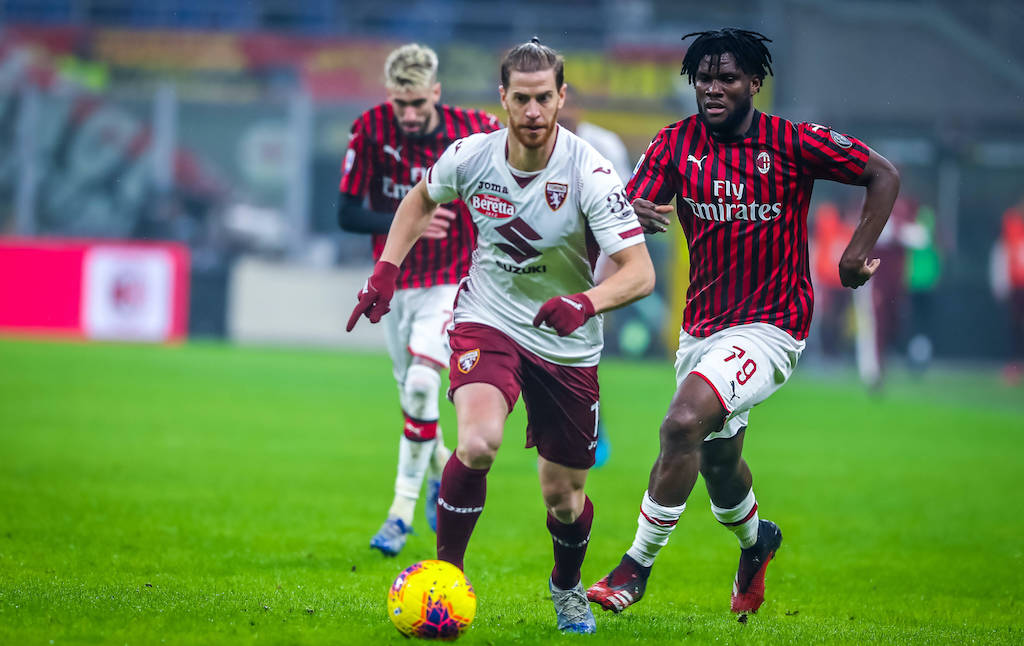 An interesting show awaits us in the middle of this week as the 10th round of the Italian Serie A Championship starts on Tuesday. The central meeting of this day will be the match in Milan. AC Milan will host Torino at the San Siro Stadium. The match will start at 21:45 Moscow time.

Knowing how much Milan wishes to win the Scudetto, it becomes interesting to predict the results of the matches with the participation of the Rossoneri. So this time, we offer a prediction for the AC Milan vs Torino match. We hope that our prediction will be more or less accurate.

Stefano Pioli’s charges continue to challenge Napoli for the leadership position in the Serie A Championship. We must give credit to Rossoneri for successfully taking up this challenge. In the 9th round, Milan took advantage of the failure of Napoli (who played a goalless draw in the Roma vs Napoli match) and finally managed to catch up with the leader. After the 4-2 victory over Bologna, Milan now has 25 points and shares the first and second places in the standings with the Neapolitans (who also have 25 points).

The opponents of the Rossoneri in the upcoming match are in their traditional place — the middle of the standings. After 9 rounds played, Ivan Jurić’s charges occupy 12th position in the standings and have 11 points. Torino won its last match. In a hard-fought struggle with Genoa, the team snatched a victory with a score of 3-2.

AC Milan and Torino have played against each other 201 times in official tournaments. Rossoneri won 76 matches, while Torino was stronger in 54 matches. The teams drew in 71 games.

AC Milan is the evident favorite in the upcoming game by any measure. Stefano Pioli’s team is in good playing conditions, and there is no point in losing points in a match with such an opponent as Torino. Obviously, the Rossoneri can win this match. This is our prediction for the Milan vs Torino match.