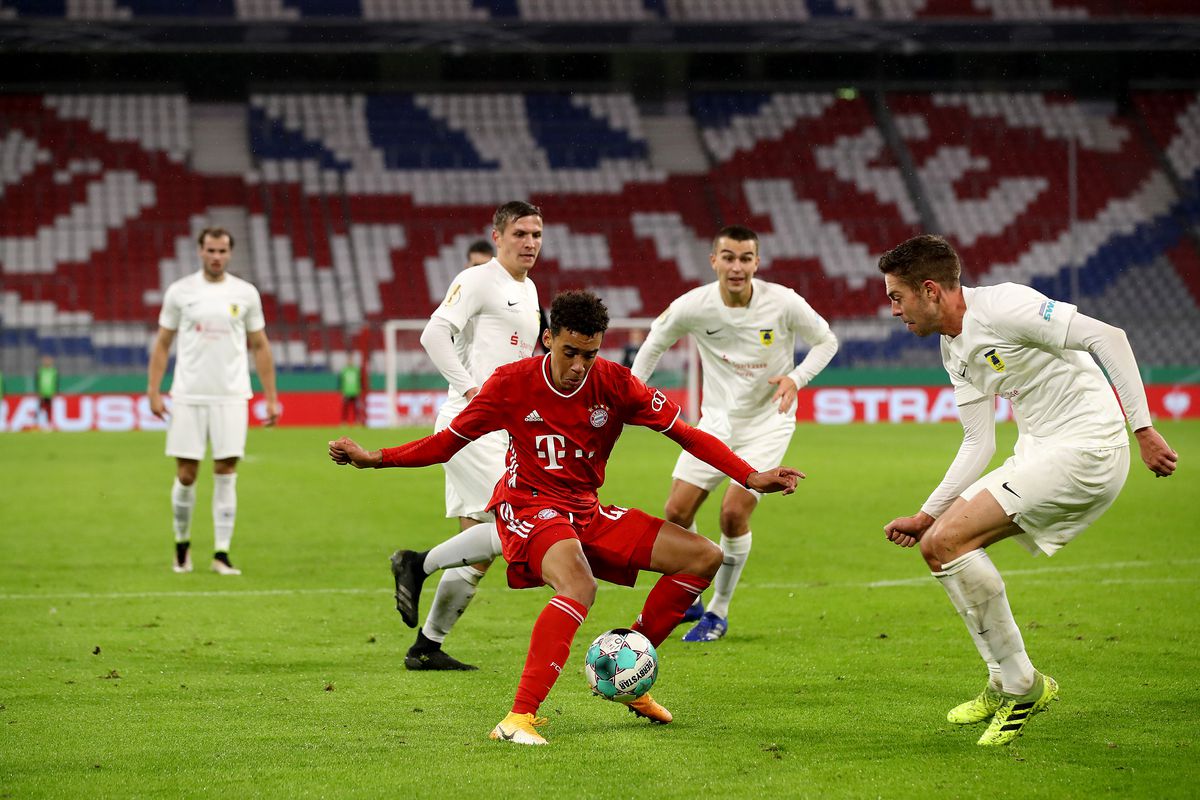 The German champions will face Arminia Bielefeld in the 13th round of the Bundesliga Championship. The game will take place on Saturday, 27 November, at the Allianz Arena in Munich. It will start at 20:30 MSK.

The upcoming game will be played by the champion and leader of the current German championship. Despite the fact that the opponent of Bayern is the team that occupies the penultimate position in the standings, there is a special interest in this match. Accordingly, an objective prediction for the Bayern vs Arminia Bielefeld match will be helpful.

The German champions remain the tournament leaders until today. Julian Nagelsmann’s charges have 28 points. However, Borussia Dortmund is close behind with 27 points. FC Bayern will not be allowed to get complacent – otherwise, they would have to relinquish the lead. Besides, Bayern’s recent 1-2 defeat to Augsburg made the task more difficult for the champions. In the Champions League 5th round match against Dynamo Kyiv, Bayern won 2-1, deciding the issue of reaching the play-offs of the main tournament.

Frank Kramer’s team is still at the bottom of the standings. The team has just 9 points and 17th position in the standings. Arminia probably does not have enough strength to put up a good fight throughout this tournament. Nevertheless, their recent friendlies have shown a positive trend. First, Arminia beat Stuttgart 1-0. Then, there was a 2-2 draw against Wolfsburg.  We would like to believe that Frank Keramer’s team will find the strength to emerge from the crisis and improve their tournament position.

The teams have played 38 times. Bayern has won 28 times, while Arminia has won five times. In five matches, a draw was recorded.

In all probability, Bayern will win the upcoming match. The only result the visitors can count on is a prestige goal. We suggest betting on goals scored by both teams as our prediction for the Bayern vs Arminia match.