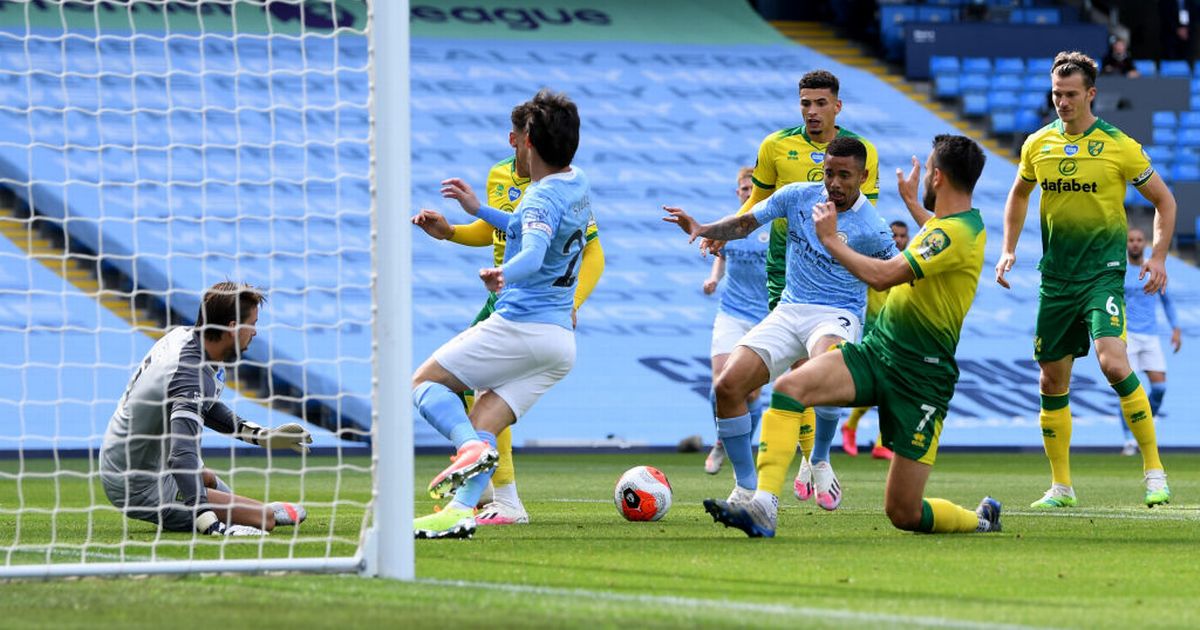 On Saturday, 21 August, in the 2nd round of the English Premier League, the reigning Champion of England will host the newcomer of the elite division, Norwich City. The game will take place at the Etihad Stadium in Manchester, and it will start at 15:00 Moscow time.

Knowing how Manchester City played in the first match of the season, it will be interesting to watch Pep Guardiola’s team play in the next game. Accordingly, we bring to your attention our version of the predictions for the Manchester City vs Norwich match.

The Champion of England, contrary to all predictions, started the new season with a setback. In the first round, the townspeople lost 0-1 to London-based Tottenham. In general, a sluggish start in the Championship is common for Pep Guardiola’s team. Manchester City has traditionally been swinging for a long time. Usually, it is by the middle of the season that the team reaches an optimal level, after which it can no longer be stopped. A defeat in the first match of the season is an unpleasant thing, however, there is still hope for Manchester City.

The Premier League newcomer also could not record their first match in the new status and the new season as an asset. In the first round, Liverpool was appointed as rivals of Daniel Fark’s wards in the tournament calendar. Naturally, there was no reason to expect any supernatural result in a match against such an opponent. Moreover, it was quite a predictable defeat, with a large score of 0-3. In the second round, the team will have to play again with a very strong opponent.

The history of head-to-head matches between Manchester City and Norwich has 70 matches. In 37 matches, the victory was on the side of the “townspeople”. Norwich has only 10 successful matches, while both teams drew in 23 games.

At the time of making this prediction for the Manchester City vs Norwich match, it seemed easy to guess who will be the winner. By all criteria, the townspeople look stronger. It is important for the guests not to lose with a large score, which in itself is a difficult task.